Cottage cheese on toast has to go down as one of the easiest breakfasts ever. It’s protein rich and is a great way to start the day. I spread cottage cheese in generous portions over thick, chunky toasted Wholegrain bread fresh from the bakers, no butter, just cottage cheese straight onto the toast. And while it’s totally yummy on it’s own, here’s 5 other ways (6 including plain!) that we eat this. And honestly, it’s hard to know which is the most delicious!

If you’ve never had Cottage cheese on toast, the concept might seem a little odd at first.

We’ve always eaten this on baked potatoes and with salads, but not really ever considered it to be a breakfast food. Turns out we were missing a trick. It’s actually a pretty awesome food at breakfast time, keeps you going for ages thanks to the high protein, and goes well paired with lots of other Real foods we eat often.

Read the ingredients label of the brand you’re buying, the ingredients should be milk and perhaps salt. Nothing else. The cottage cheese texture and flavor comes from the way the milk is separated over a broiler, not from other added ingredients so it really shouldn’t have anything else added to it.

There’s plenty of things you can add to cottage cheese if you want to add other flavors and textures in. I’m sure you’ve seen vast array of cottage cheeses in the supermarkets that cottage cheese comes in. I don’t buy any of those and instead prefer to put my own together.

Is Cottage Cheese Good For You?

Cottage cheese is really good for you. Like, seriously so. It’s a great source of protein and in fact comparatively, cottage cheese is higher in protein than eggs. It’s got Calcium for healthy bones, and a wide range of other vitamins and nutrients:

So, you get all this and that’s before you’ve even added a piece of Wholegrain toast of toppings!

Cottage cheese is called Cottage cheese because it was originally made in people cottages from the milk they had leftover after making butter. There’s been various versions of cottage cheese around for many centuries with the version we know and love today believed to have originated in the US.

All cheese is made with soured milk and cottage cheese is no exception. Cheese in general predates recorded history, so there’s no real way of knowing exactly how cottage cheese even came about. But I for one, am extremely pleased this rather odd looking cheese was discovered, however that might have been!

What Goes Good With Cottage Cheese On Toast?

Being a creamy and mild kinda cheese, cottage cheese pairs with other flavors beautifully. I really like cottage cheese on it’s own. I like it’s mild flavor on crunchy toasted Wholegrain toast, but sometimes I do jazz it up a bit and put lots of selections on a serving plate and let people take their favorites.

I’ve tried many many things with cottage cheese on toast, some were hits and some were misses, one was a total shocker of a surprise and way more delicious than we thought it might be (see below).

These are the favorites for my lot. Feel free to use plain cottage cheese on toast as a base and add your families favorite toppings :)

This was the shocker of the gang. Cinnamon and apple are made for each other, we all know that, but adding cinnamon to the cottage cheese turns it into a creamy cinnamon spread that just seems to work with some crunchy sweet apple sliced and placed on top.

I’ll be the first to admit the cinnamon can make the cottage cheese look a bit less appetising, however, try it. I’m a total convert and this is would take the number one spot for me!

Cottage cheese and avocado, both creamy, both mild and both perfect for a slice of toasted Wholemeal toast. If you’ve got avocado lovers in your house, they’ll love this.

For a little slice of luxury, add some thinly cut smoked salmon to your toast. Smoked salmon and cream cheese has long been a staple in the sandwich market and this is the cottage cheese version!

This is a good way to introduce smaller kids to smoked salmon if they’re not had it much. You can add just one or two thin ribbons to start with, as the flavor is stronger than some of these other toppings.

Sometimes you just want something simple. This is it.

How To Make Cottage Cheese On Toast 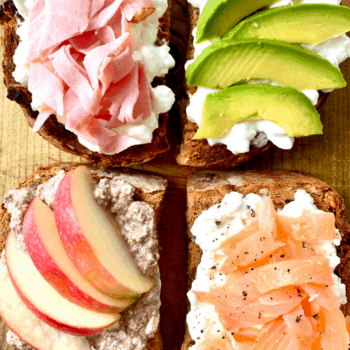 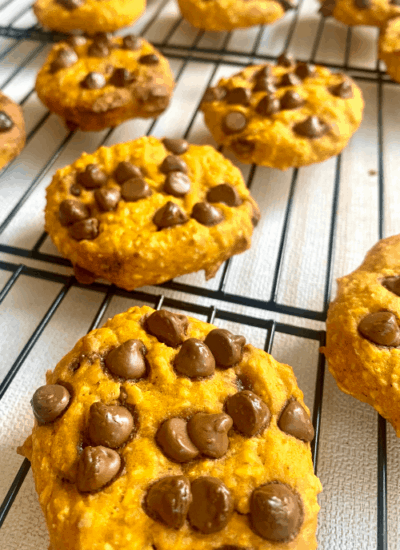 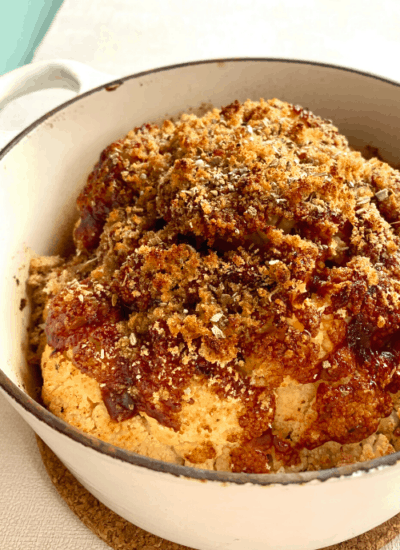 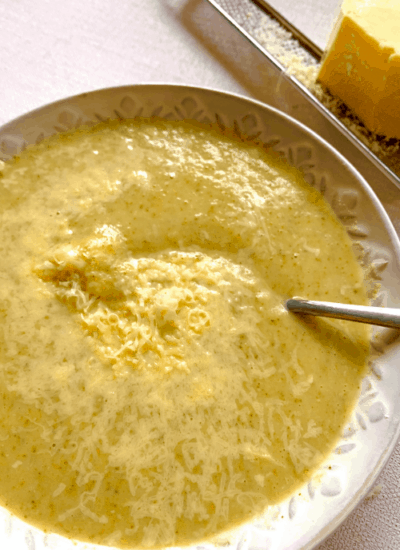