Since we’ve been eating Clean, there’s been a few things I’ve made that get that really, this is good to eat? reaction. These bacon fried potatoes are one of those dishes. Crispy bacon and crunchy fried potatoes. Say it all, really :)

If you read my blog a bit you’ll know I fry food, but only when it really adds something to the dish. If I can bake it, I prefer to bake it. These potatoes however, are amazing fried. So that’s what I do. They’re so easy to make and are such a hit in this house, they make an at least a couple-of-times-a-month appearance with us.

You can use whatever potatoes you have so they’re also a great way to use up any potatoes that need eating. I peel ours (child 2 has a strange aversion to potato skin :), but you don’t need to. I then slice them fairly thickly. I used the sort of potatoes you’d usually use for roast potatoes for this recipe and so after I sliced them, I then cut them in half to make them a little smaller.

I usually add some soft, fried until they’re caramelized thin sliced onions to this as well. I know lots of kids won’t eaten onions given to them in such an obvious way, so feel free to leave these out. It won’t take away from the recipe if you don’t add them.

Make sure you don’t skip the ‘softening the potatoes’ stage, no one likes an undercooked potato :)

This recipe is made in stages, easy stages but stages still, so this is reserved for the weekends here when there’s a little more time.

How To Soften Potatoes Before Frying

After you’ve peeled and sliced the potatoes, it’s important to cook them in boiling water before frying them. We’re not cooking them fully, but they need to be cooked a little before they hit the frying pan, or the chance are high you’ll end up with half raw potatoes. Yuk.

Put a pan of boiling water on the cooker top and boil it, then just put your peeled, sliced potatoes into it for 6-8 minutes. You want them to be soft but able to keep their shape. They’re going to crumble a little. This is fine as it gives us the crispy edges, but it all depends on the thickness of your potatoes as to how long you need to boil them for. Keep an eye on them and drain them when they’re semi cooked. Use a sharp knife to test them.

These bacon fried potatoes are pretty perfect on their own. But….adding a few extras never hurts either :)

How To Make Bacon Fried Potatoes 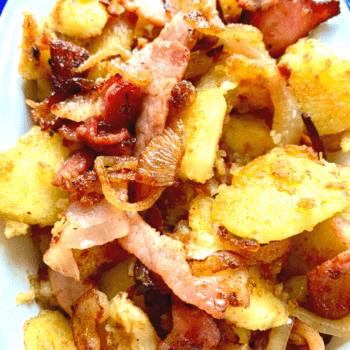 Since we’ve been eating Clean, there’s been a few things I’ve made that get that really, this is good to eat? reaction. These bacon fried potatoes are one of those dishes. Crispy bacon and crunchy fried potatoes. Say it all, really :)
Course Breakfast
Cuisine Clean Eating
Keyword bacon fried potatoes
Servings 6 people 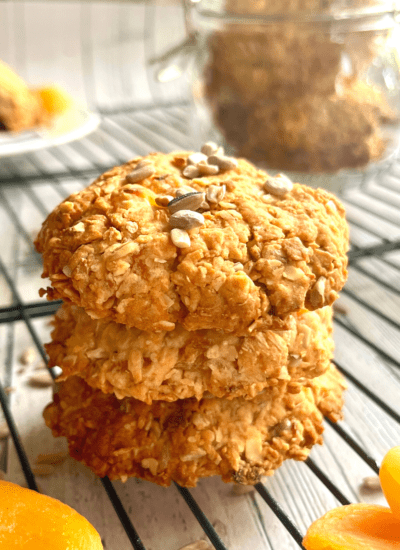 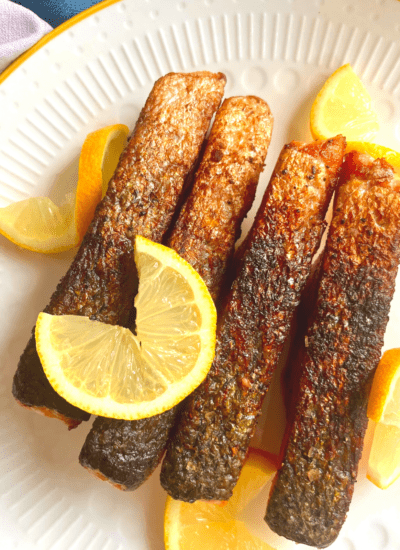 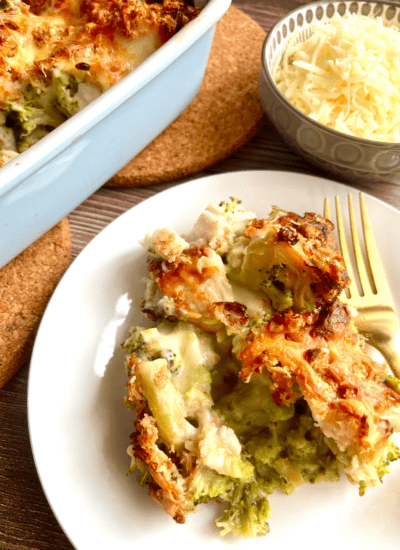 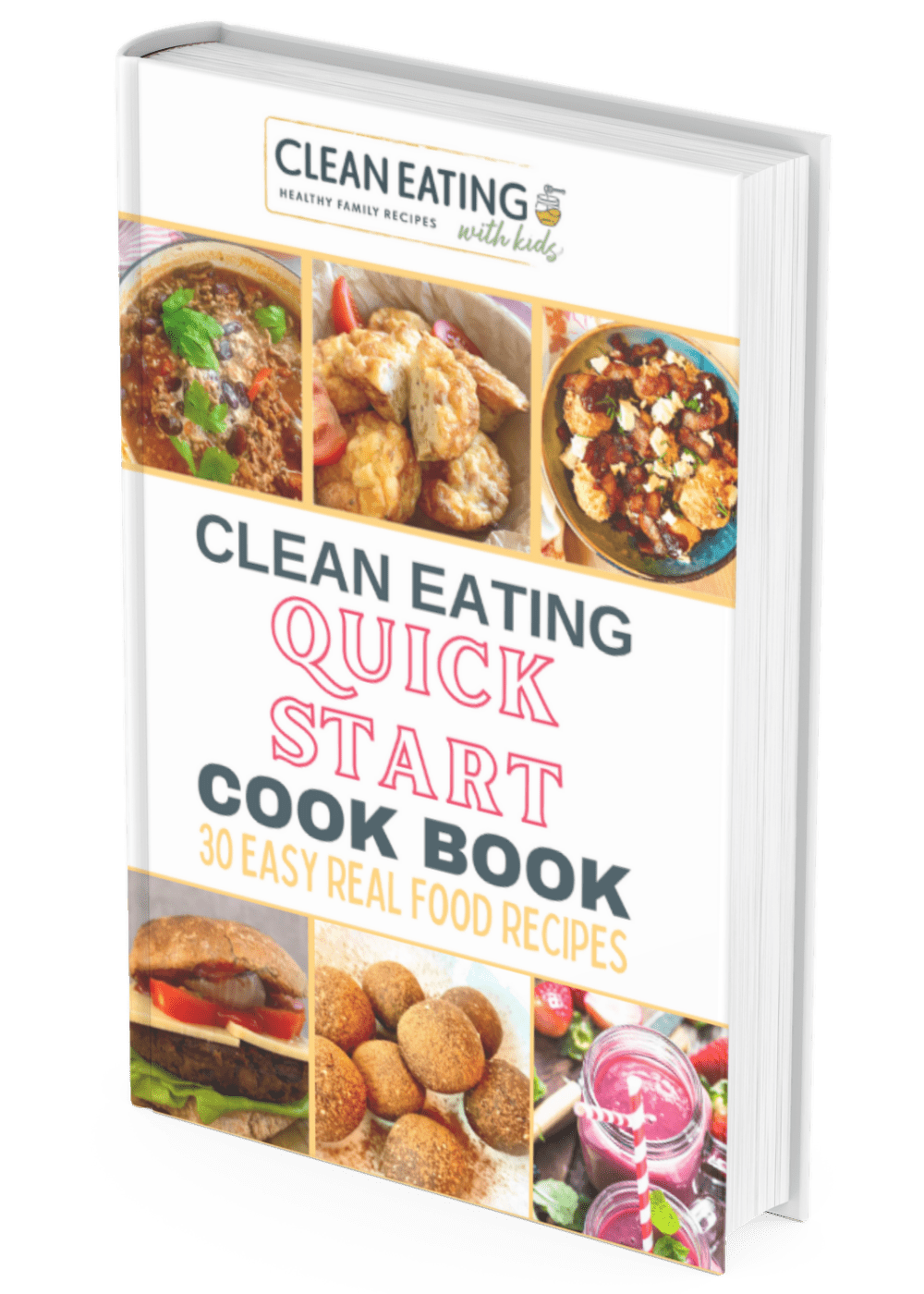